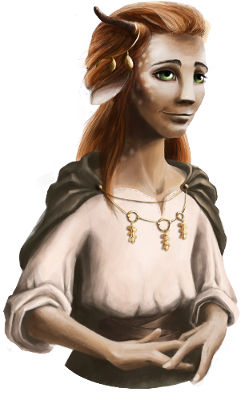 Sökare
The little Faun girl is the main character. She is very naive and quite childish. She was found by the Grannynanny in the forest and brought up. Sökare is very curious, and wants to find out what her parents and the other Faun has happened.

Base for the faun character is Cernunnos. Cernunnos is the conventional name given in celtic studies to depictions of the "horned god" (sometimes referred to as Hern the Hunter) of celtic polytheism. 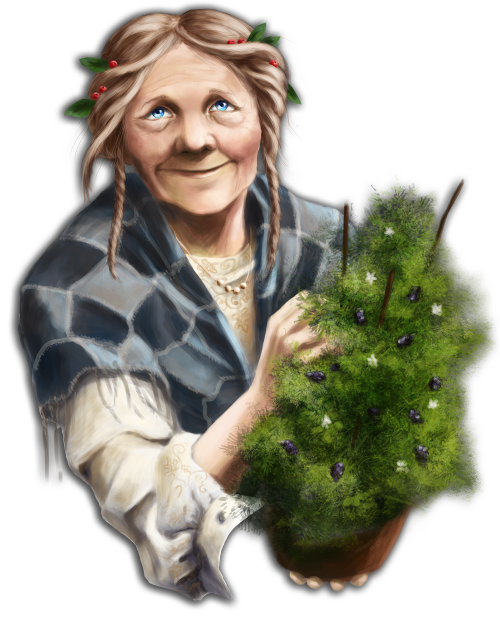 Grannynanny
Grannynanny is the grandmother of Sökare from which the Faun girl was adopted and where she grew up. She is a very caring fairy who is worried about Sökare.

Bean Tighe is a species of kindly house fary. She, looking like a kindly little old peasant woman with a round dimpled face, lived in the forest and helped with houshold another forest ghosts. 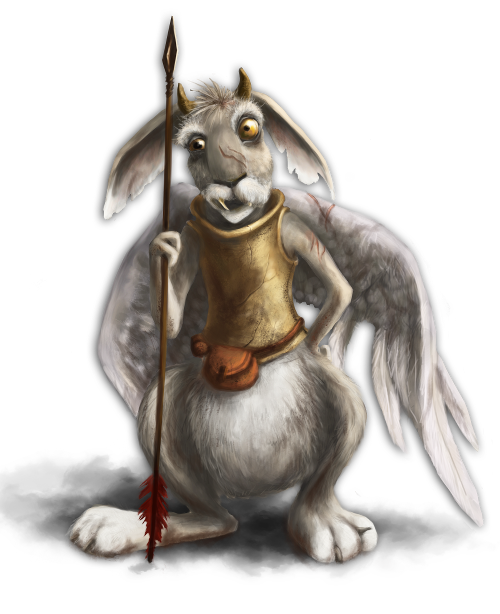 Wolpertinger
Teachtaire is a crazy and scared Wolpentinger, he is the only survivor of the Great Hunt. He lost his family and told Sökare about it. He now searches for a safe place.

The Wolpertinger has its origin in the bavarian mythology. He is a funny imagination of a predator in shape of a rabbit with horns on his head.

Kelpie
Kelpie appears Sökare first as an injured horse that needs help. It lures her into the lake in order to devour Sökare.

Kelpie is a beast from the mythology around the british islands, wich murdered everyone who come to its swamp. It is a great liar and looked like a beautiful, but weak horse which is in need for help. But the last thing what a victim can see is a blood thirsty monster.